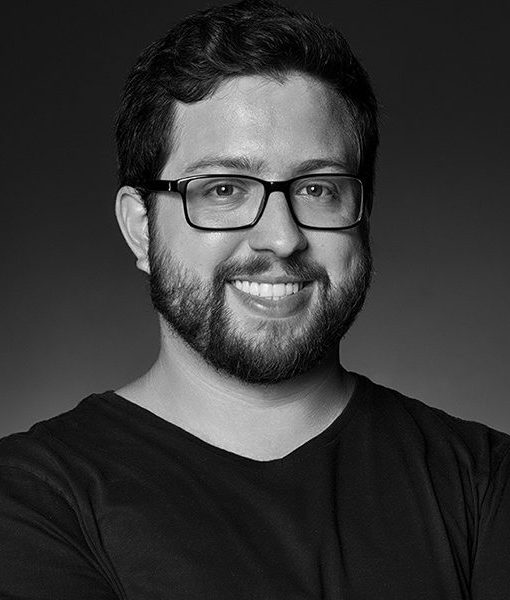 Here it is.
My black-and-white-crossed-arms-profile-pic.

Hi there. I'm an Art Director with over 15 years of creative experience. Born and raised in Curitiba, a cold city in the south of Brazil, I moved to São Paulo in 2017 after being selected at the Young Lions competition in 2016. When COVID hit, I and my family back to Curitiba to work from home and stay closer to gramma's pasta.

I'm a father of 2 wonderful kids, an entrepreneur (and I believe my tongue will fall apart if I try to pronounce this word), and a teacher. Also, a former writer, although I'm too young to say I'm former-something.

As an entrepreneur (my tongue just fell), I developed Unblock Cards, the first Brazilian Brainstorm Deck. A tool with 60 cards with paths to unblock the creative process. It was a hit, and I sold more than 400 decks around Brazil, Portugal, and Spain. After that, I created Unblock Coffee, a creative library that gets together the biggest advertising awards, from Cannes to One Show and Brazilian Creative Club.

As a teacher, I created a 7-month course at Redhook School to teach innovation and technology for advertising. Right in the first edition, my students had 2 Shortlists at Cannes Future Lions, 1 Shortlist at El Ojo de Iberoamerica, and 1 Bronze at CCSP (Brazilian Creative Club).

I mentioned a writing thing, and that was a big and fun part of my younger self. I and some friends from College had a blog where we wrote fictional stories, called Obscenidade Digital. It lasted around 8 years, and some stories were selected in Magazines, we were invited to write for a short stories book, and it was all really fun.